Just over 8 years old and releasing their first core bottling - Dingle Distillery in Ireland have come a long way in a short period of time.

Dingle Distillery opened in 2012 by Oliver Hughes; Liam LaHart and Peter Mosley the guys behind Porterhouse Brewing Company; one of the pioneers of craft brewing in Ireland.

Located on the West coast of Ireland on the Atlantic Ocean the distillery's first whiskey flowed from the stills and filled casks on the 18th December 2012 with the first bottles from Cask #2 being released three years later in December 2015. 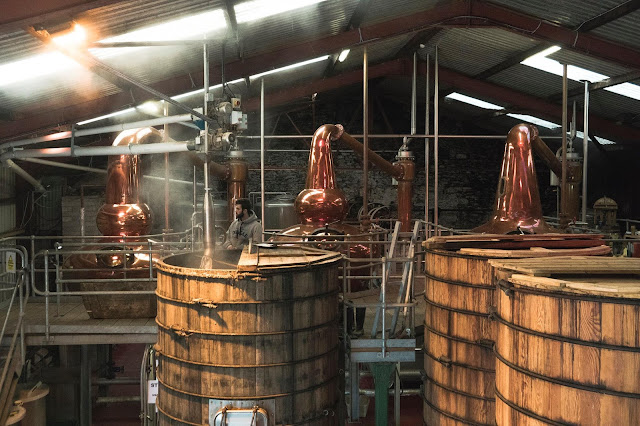 Up until now Dingle's Single Malt whiskey is released in batches, the first small being in November 2016, usually as a 'standard' 46.5% ABV bottling and a Cask Strength bottling. They have also started releasing Pot Still small batches. 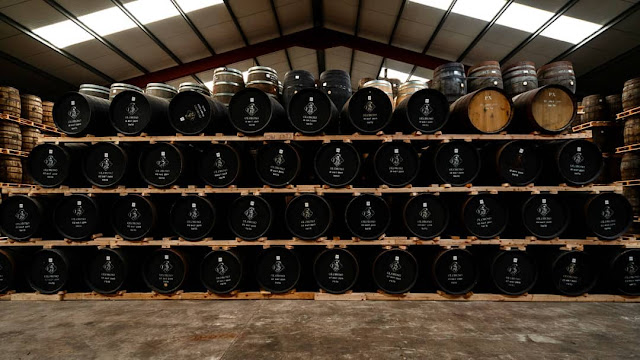 In October 2019, after 25 years in the industry, Graham Coull joined the team as Master Distiller from  Glen Moray. Before that he'd gaining valuable experience at William Grant & Sons including times at their Balvenie, Glenfiddich and Kininvie distilleries. 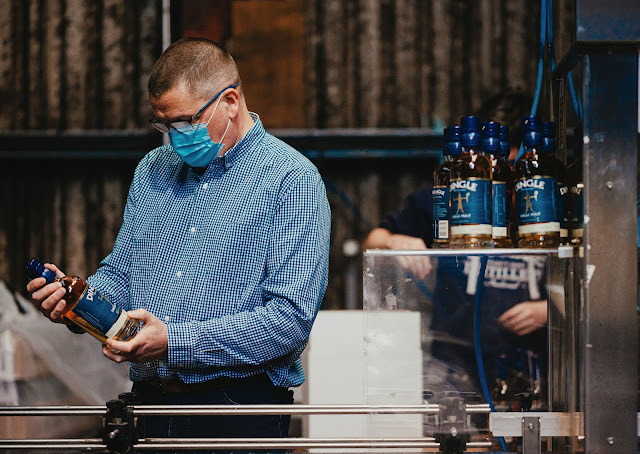 In May 2021 they released their first core bottling - not a small batch, but one which will continue to be available for some time. 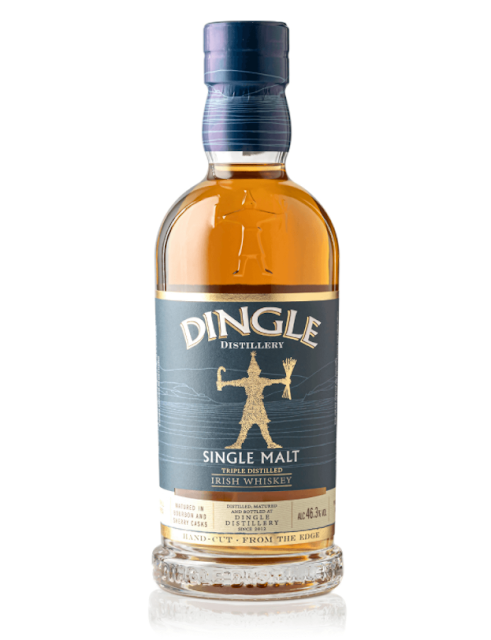 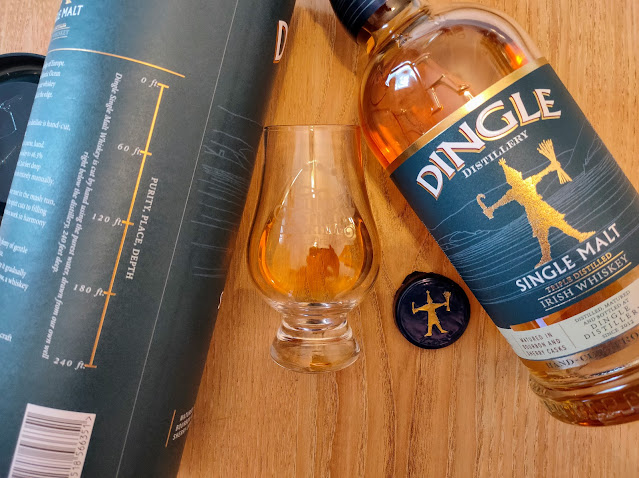 Appearance: Bright gold in the glass, swirls cling as a thick line, bead up slowly and fall as slow thick legs.

Palate:  Smooth (what else would you expect from triple distilled Irish Whiskey!) thick arrival, hints of sweet tropical fruit before the spice kicks in. Dried pineapple, mango and banana washed away by huge ginger spice notes which leave the lips tingling. As you go down the glass brown sugar and dried fruit appear - a little coffee here as well. Hints of strawberry jam and mixed herbs.

Overall: Some hints of new make give away the young age but don't detract from what is a solid dram. As a core release it shares some of the characteristics of it's batch released siblings but I think a higher ABV would suit it better - but that's just where my palate is at the moment. The higher percentage of sherry casks seems to suit the spirit - dried fruit and strawberry jam notes balance the oak and vanilla notes of the bourbon casks. There is still a big kick of spice though - from the bourbon or the spirit's youth? Either way I like it!

For lots of new distilleries it's easy to release single casks and small batches, but to recoup all of the investment that's been made they need volume selling core releases and this means holding stock and aging casks to be married for a consistent flavour. I'm guessing this is the first of what will be a range - maybe offering different cask finishes or age statements? Based on this release and to steal a well known catch phrase - the future's bright, the future's Dingle! 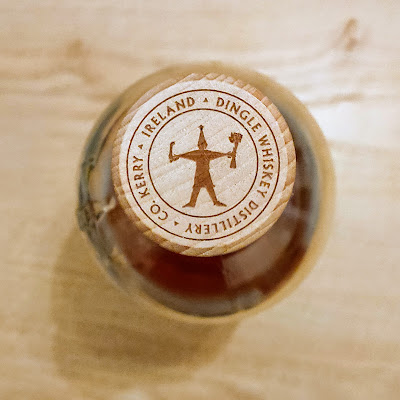 The bottle has a beautiful wooden stopper but a very short cork.
I wouldn't trust holding the bottle upside down!
By MaltMusings on May 30, 2021
Email ThisBlogThis!Share to TwitterShare to FacebookShare to Pinterest
Labels: Dingle