As always with these kinds of things it started with a twitter conversation which lead to some sample swaps, a calendar appointment and a great night tasting whisky with mates!

We were supposed to meet up at Spirit Of Speyside but my plans got cancelled, so although I've never actually met some of these guys, we talk regularly on twitter and have occasional video hangouts.


@Coldorak and @JulienCassignol live in France, we've swapped a few samples and decided to use some of them to do a live blind tasting on twitter with a few friends. @cold had won a number of Japanese Yoichi distillery exclusives in an auction and wanted to share the joy. 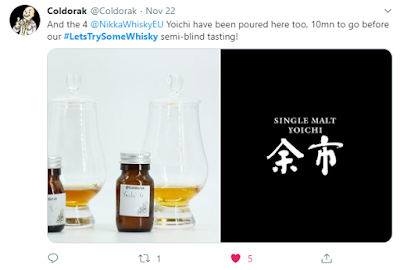 He'd sent us all 4 samples but hadn't forgotten to label them - we'd have to work out which was which! 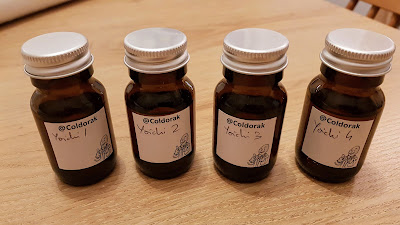 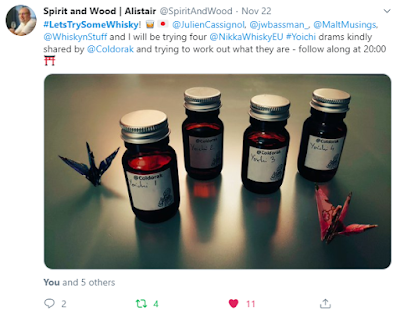 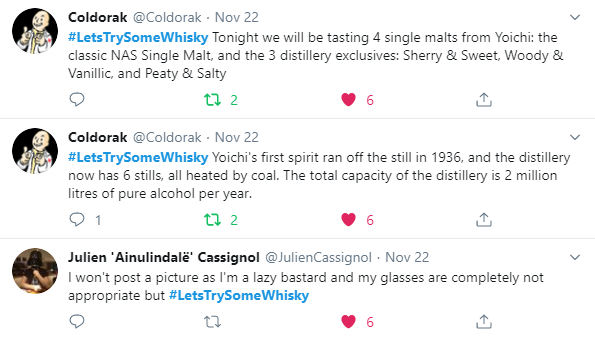 First up was Yoichi 1 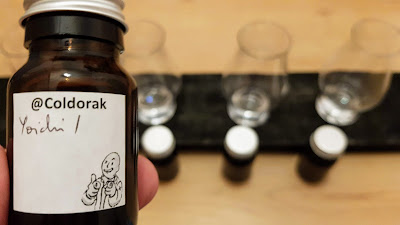 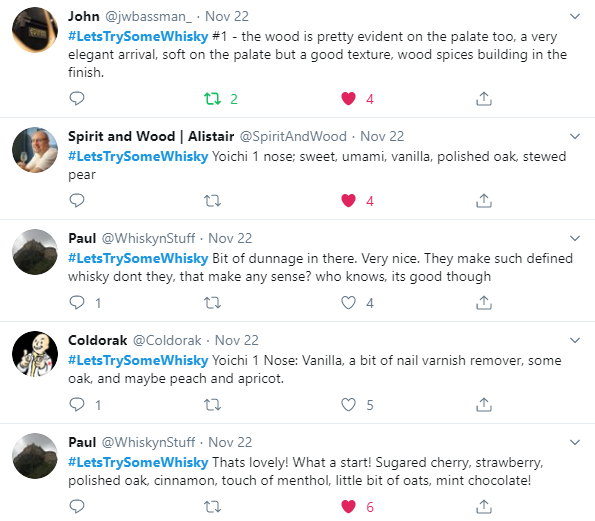 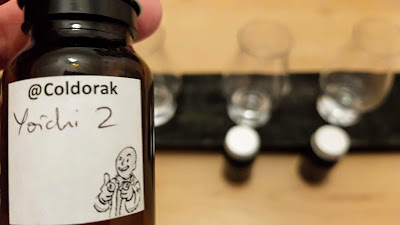 Then we were on to Yoichi 3 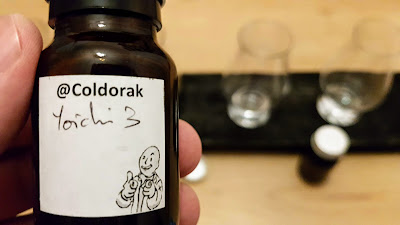 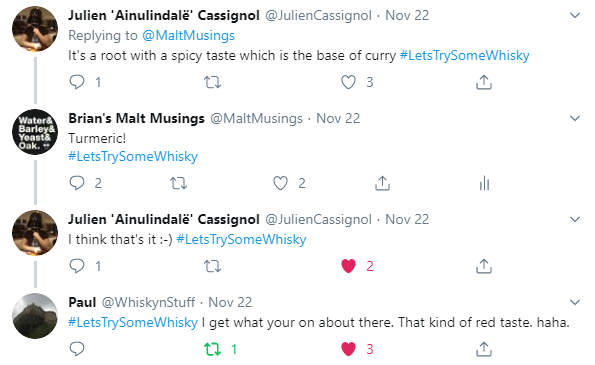 Final dram of the evening was Yoichi 4 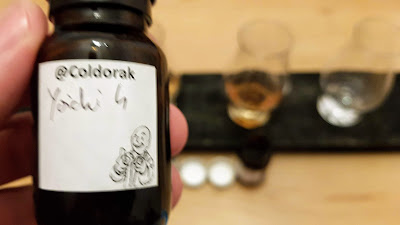 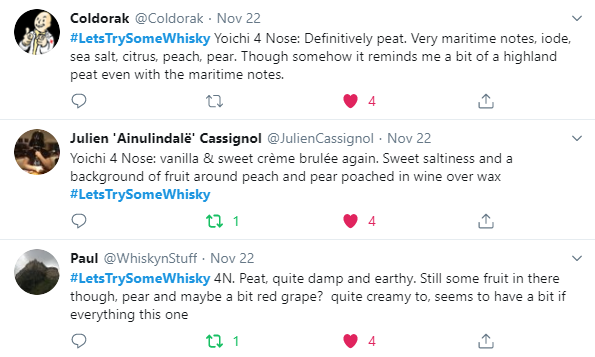 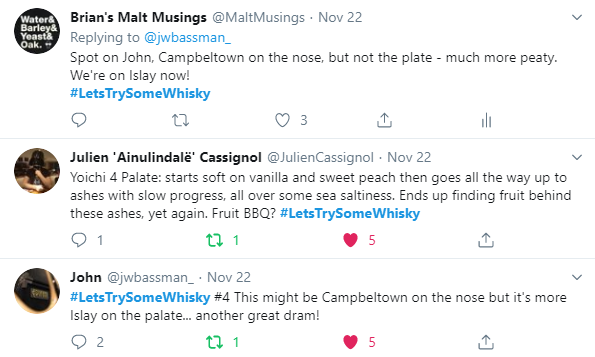 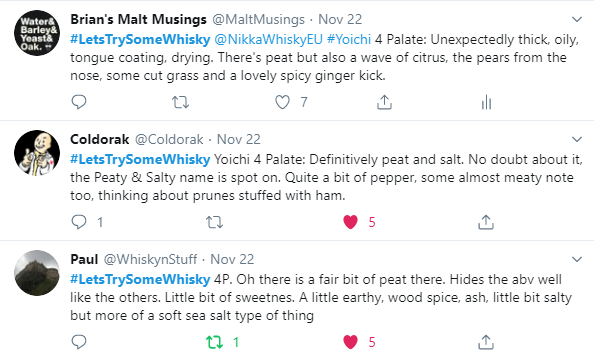 So what were they?

How did we rate them? 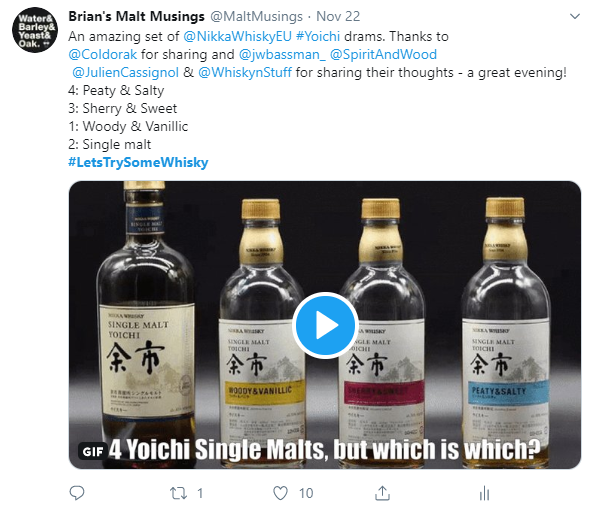 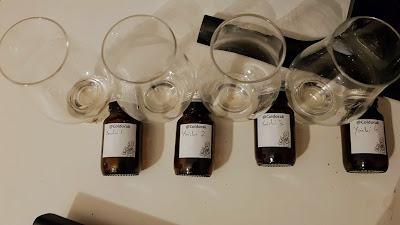 By MaltMusings on December 04, 2019
Email ThisBlogThis!Share to TwitterShare to FacebookShare to Pinterest
Labels: #LetsTrySomeWhisky, Yoichi

What a great evening it was!