When we think of Sweden then first things that comes into our minds in flat pack furniture - we all love Ikea, walking around the store, grabbing some delicious Meatballs then the fun starts! An hour in the car park trying to work out how to get all the packages into the car is just the start, wait until you eventually get home and open them up! I'm sure the little cartoon diagrams mean something to someone? 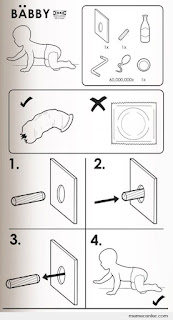 Anyway this is a whisky blog not a furniture one, so swap Ikea for Mackmyra, the first distillery to open in Sweden, it started to distil in 1999. 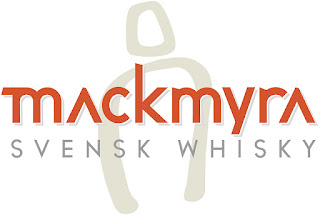 A large part of their whisky is matured in new Swedish oak. The Swedish oak grows more slowly due to the harsh climate and gives the whisky a harsher flavour than American oak.

I first tried Mackmyra in 2016 at a whisky tasting event in Barrow-In-Furness and was quite impressed with both the bottle decorations and the contents, This review will look at two of their drams one of their core range - Brukswhisky (thanks to Vin @NNWhisky for the sample swap!) and one of their seasonal editions - Blomstertid (thanks to Paul @isnaeWinston for the sample swap!) 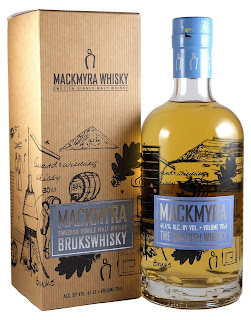 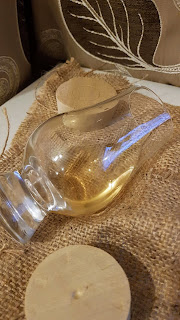 Dram: Brukswhisky (41.4% ABV), one of a number from the core range matured in a combination of ex-bourbon, ex-sherry and Swedish Oak featuring both unpeated and peated spirit.
Distillery notes: "A balanced character with fruits and butterscotch. The nose is clean and young, with light, spicy, notes of Swedish peat and juniper. Clear fruitiness with butterscotch, citrus and pear. Prominent notes are liquorice and mint. The palate is fruity and slightly smoky while the aftertaste is fruity and slightly spicy."
Appearance: Very Pale Gold, fast thin legs when swirled.
Nose: Damp earth, old leather, peat smoke and a little lemon.
Palate: Diluted syrup, some pear and apple notes, a little spice on the tongue.
Finish: Sweet, slightly smokey and warming - just what you need for a cold Swedish winter!.
Overall: A nice dram with a great balance of fruit and smoke. 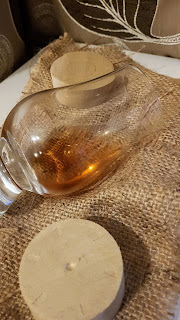 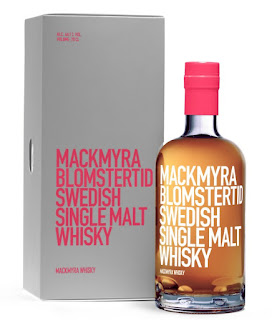 Dram: Blomstertid (46.1% ABV) one from their (currently 8) seasonal range marking the seasons and key events of the year Skördetid (Harvest time), Blomstertid (Blossom time) Vinterrök (Winter smoke) Sommartid (Summer time) Midvinter (Mid Winter), Midnattssol (Midnight Sun), Iskristall (Ice Crystal) and Sommartid (Summer time). These all feature unusual finishing methods - this one for example had some of the spirit matured in ex-cherry wine casks - very unusual!
Distillery notes: "Blomstertid, meaning Blossom time, is a single malt whisky in limited edition with berry and spicy notes. Around a third of the casks used in Blomstertid has previously aged cherry wine, which in turn gives the whisky notes of cherry both in character and color."
Appearance: Reddy Gold, fast thin legs when swirled.
Nose: Peat smoke and black cherries with a hint of ginger.
Palate: Black cherries in thick syrup, very thick mouthfeel - yummy! Some chocolate, liquorice and  ginger spice.
Finish: Slightly drying with milk chocolate with wood smoke.
Overall: An interesting dram - loads of cherry notes from the cask finishing but very rounded and thick in the mouth suggests something stronger than 46.1%.

So not only can the Swede's make flat pack furniture they also make some really good whisky! I also like the little Swedish eccentricity when it comes to bottling ABVs - 41.4 and 47.1 !!!