OK hands up how many distilleries can you name in Switzerland? No looking in the Malt Whisky Yearbook..... Well if, like me, you'd be hard pressed to name one never mind the twenty or so that are actually there here's a clue - it's also the name of a brewery! Still no idea? 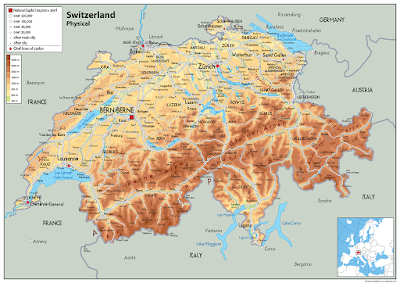 In my book Switzerland is known for four things:

Karl Locher and his family live in the village of Appenzell high in the Swiss mountains, they have owned a brewery in the village since 1886, so I'm sure they now have plenty of money?

In 1999 with the repeal of the Swiss law forbidding the production of spirits from grain he decided to open a distillery. Using barley grown high up in the Swiss mountains, water from the Alpstein mountains, yeast from the brewery and some hundred+ year old beer barrels they distilled and matured their Säntis whisky.

I knew I forgot something... a fifth entry for my list...
Loads of James Bond films have scenes shot in Switzerland with James skiing down a mountain, who can forget the classic opening sequence from The Spy Who Loved Me?

That Boutique-y Whisky Company must think along the same lines as me, or at least the brilliant artist Emily Chappell must when she came up with the label for their first Swiss bottling Säntis single Malt Whisky Batch 1

The distillery sits on top of a Swiss ski slope lined with trees. Distillery owner, Karl Locher, is dressed as Blofeld, cradling a bottle of whisky instead of a cat. He screams, “Let your hangovers be particularly unpleasant and humiliating!”. Chased by Russian henchmen, two guys make their escape on a barrel-like snowmobile holding between them a Glencairn glass, a half empty bottle and a Walther PPK - very dramatic! 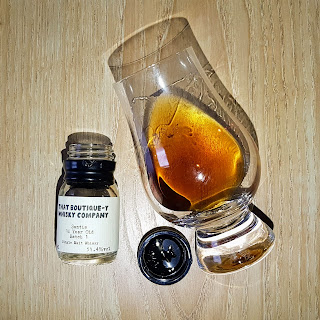 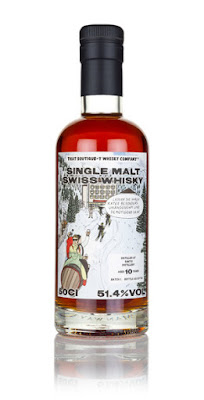 Info: Distilled 2008, matured for a total of 10 years in ancient beer barrels, some time in pinot noir wine and some in bourbon casks, 916 bottles at 51.4%
Nose: A complex nose with a sweet, vanilla entry and juicy ripe orchard fruits.
Palate: Spicy with an initial zesty hit before the mellower, sweeter notes emerge.
Finish: The sweetness fades to reveal earthier tones and a final tingle.

Appearance: a dark gold in the glass, swirls fall as slow thin legs.

Nose: Toffee, vanilla and red berries jump out initially but after a little time in the glass the berries fade and musty bookshop notes reveal themselves. Hints of stewed pears and custard.

Palate: Thick almost oily arrival with a little lemon then a huge kick of spice. Some sweet toffee and berry notes from the nose develop alongside a drying effect and hints again of that musty bookshop.

Finish: Not overly long but the ABV gives a lovely warming effect. toffee and custard again a little hint of lemon.

Overall: A lovely dram, it's had an unusual maturation with ex beer, bourbon and wine casks and they add to the complexity of the nose and palate. Drying from the wine, musty bookshop from the beer? Loads of berry and toffee notes throughout make this an interesting and complex dram - worth hunting out - 007 is probably there now drinking one now as he waits for the enemy spies to turn up. Shaken not stirred and definitely no ice!

TBWC were kind enough to send me a sample of the Säntis as part of their Dram Good Club. 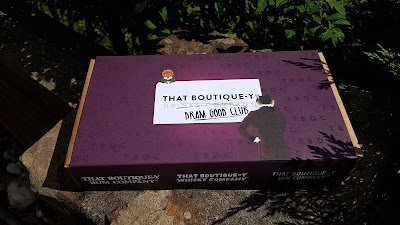 Just for reference the Malt Whisky Yearbook 2019 actually lists 9 distilleries in Switzerland!
By MaltMusings on July 17, 2019
Email ThisBlogThis!Share to TwitterShare to FacebookShare to Pinterest
Labels: Säntis, That Boutique-y Whisky, Whisky from...?