Next in my little series on Whisky from...? is England. I've tried a few English whiskies in my time, most recently the new releases from Lakes, Bimber and Spirit of Yorkshire, this time I'm looking at the longest established distillery in England - The English Whisky Company at St. George's Distillery in Norfolk. 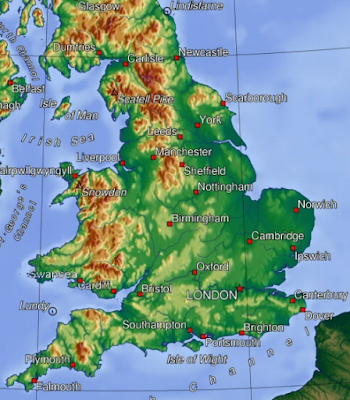 Some of these drams were part of a recent @TweetTastings that I wasn't selected for, but due to the generous sample sizes and my equally generous mate @jwbassman_ I'm able to try them! The others came from a drample swap with @BlackCountryWS


The English Whisky Company owners James and Andrew Nelstrop founded their St. George's Distillery in 2006, it's located in Roudham not far from Norwich in Norfolk. 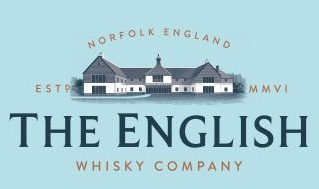 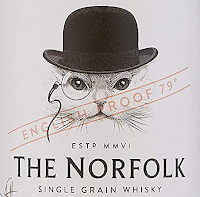 Only the second company in a hundred years to distil whisky in England they use local yeast, water and barley to create their whisky. With initial support from ex-Laphroaig distiller Iain Henderson, ex-Greene King brewer David Fitt became distillery manager. Casks are matured then bottled on site.


The distillery releases its whisky under two brands; The English for their range of single malts and The Norfolk for grain whiskies. The first casks were filled at the end of the 2006 and released as whisky in December 2009, since then a steady stream of standard, small batch and independent bottler releases have followed and I'm going to try a few of them!


The English Original, a 43% single malt. 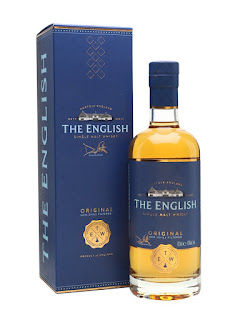 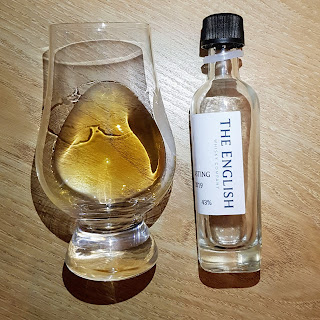 Tasting Notes: A gentle aroma with hints of vanilla and tropical fruits. Like a soft whipped vanilla ice cream. Melts on the palate. Slightly nutty with a long malty finish. Finish is clean, dry and slightly salty.

Overall: A nice simple dram, with balanced fruit and spice.

The English Double Cask, a 7yo 46% single malt. 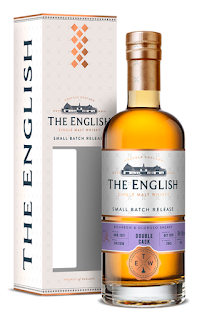 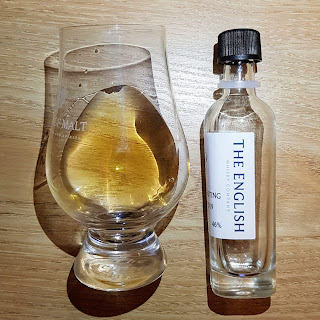 Distillery notes: The use of Bourbon cask and Oloroso casks creates an added richness and dryness to the whisky lovely as an after dinner drink.

Nose: More buttered popcorn but this time with hints of strawberry jam. After a little time in the glass the tropical fruit notes, shared from the Original begin to come through - this time with a little coconut.

Palate: Again a buttery popcorn arrival, this time with a little more spice. The ABV is a touch higher but it really shows. Mouth coating sweetness leading to a slightly drying pear note. Not getting any of the sherry notes from the nose on the palate.

Overall: A step up from the Original, more spice and appreciates the higher ABV. Not getting a lot of sherry cask influence though.

The Norfolk Parched, a 45% single grain. 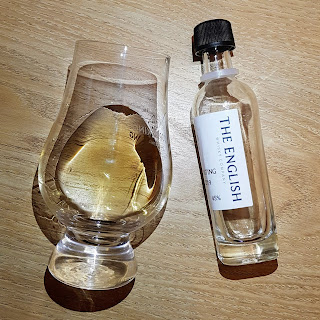 Distillery notes: The Norfolk – Parched Single Grain Whisky. The third in the Norfolk Trilogy and awarded ‘Best Whisky in Europe’ by Jim Murray, scoring an outstanding 96.5%

Nose: Vanilla with a little citrus, not getting the buttered popcorn from the first two - maybe a barley thing? (Even though the official tasting notes mention it!) A little grass or hay.

Overall: The best of the 3 so far, I do like a single grain and this one ticks all the boxes. 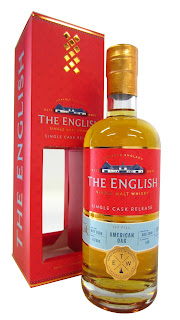 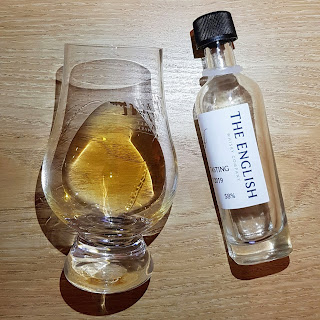 Distillery notes: I couldn't find any specifically about B1/593


Appearance:  Pale gold in the glass, swirls stick to the glass and bead up before eventually falling as thin fast legs.

Nose: Back to the buttered popcorn, vanilla and orchard fruit. You can tell the higher ABV immediately, oak spice jumps out of the glass. There's some hazelnut notes and a hint of milk chocolate.

Palate: Thick oily arrival, there's hints of the buttered popcorn from the earlier drams but it isn't as strong. There's stewed orchard fruit and some milk chocolate before the spice attacks the tongue. There's a little sour citrus - yummy! No need for any water with thi sone the high ABV is well presented.

Finish:  Long and warming - the spice is there but also a wonderful grapefruit note.

Overall: Best so far, maybe it's just be preferring cask strength drams at the moment but this one is complex and wonderful! 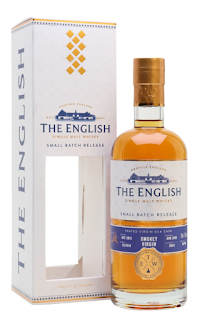 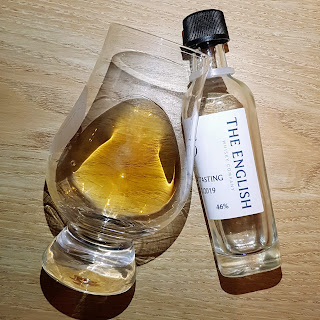 Distillery notes: This is a beautifully balanced and rich Single Malt Whisky – the perfect English Whisky to take into winter. The rich fruitiness given by the virgin cask along with the wafts of wood fire combine to give a delightful taste. Time to light the fire and indulge. “This whisky has fast become one of my favourite whiskies that we currently produce, it is just so moorish, making it hard to refrain” Andrew Nelstrop MD.

Palate: Oily arrival with orchard fruit and spice notes. Stewed apples and pears with cinnamon. It's quite sweet - dates drizzled in honey. The grassy notes from the nose is there again and a gentle blanket of smoke.

Overall:  A lovely dram, the smoke is ever present but not overpowering - it's a peated dram for a peat virgin!


Independent bottler Claxton's release of The English Rum Cask, a 6yo 60.5% single malt 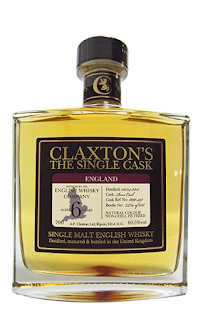 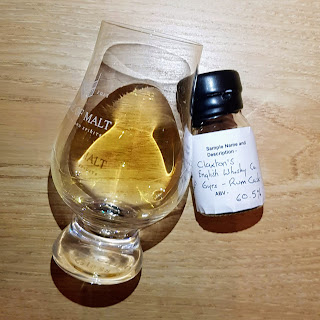 Bottler notes: 100% aged in a refill Rum cask for 6 years and bottled at a mighty natural cask strength of 60.5% Natural colour and non-chill filtered and yielded just 258 bottles. Distilled 6/4/2011


Appearance: Very pale gold in the glass, I'm guessing this came from a white rather than dark rum cask. Swirls cling as a thin line taking an age to bead up and fall as slow thick legs.

Nose: The buttered popcorn from the earlier drams comes through again, a distillery trait, but not much more - some brown sugar and a little tropical fruit - a little pineapple and peach.

Palate: Thick sweet arrival - brown sugar again but now with honey. The ABV is just nowhere to be seen - you'd guess 46% Lots of dried or candied fruit - pear, pineapple, peach. The ABV shows in an icing sugar dryness after a few sips. Yummy!

Finish: Warming with a lingering sweetness and a nice spicy bite.

Overall: For 6 years in a rum cask it didn't take on much colour and to be honest not much in the way of rum notes. There was a lot of sweetness but not the sickly treacle I was expecting. I think that made it a much more approachable dram which did it's ABV really well.

Many thanks to @jwbassman_ and  @BlackCountryWS for the samples!
By MaltMusings on January 05, 2020
Email ThisBlogThis!Share to TwitterShare to FacebookShare to Pinterest
Labels: Claxtons, English Whisky Company, Whisky from...?