Series 2 of #BlindTasting finished just after Christmas! Following on from a fantastic Series 1 - this one was a huge amount of fun with the five of us trying to identify 15 mystery drams through smell and taste, having #NoPreconceivedIdeas or #MarketingBullshit to sway our opinions.

Hopefully you've read through the blogs for Part 1, Part 2 and Part 3, this blog is pulling it all together and revealing our overall favourite where @jwbassman_, @SpiritAndWood, @GentlemanGrimm and @WhiskyWings swapped some samples and blind tasted them! 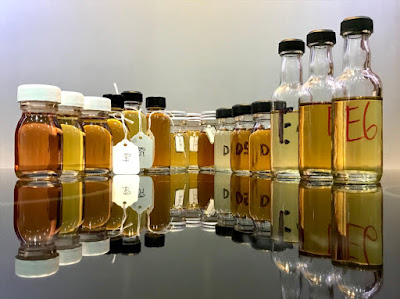 We had another three brilliant evenings, drinking lots of whisky and more importantly sharing lots of laughs! This post gives an overview of the 15 whiskies we tried with some geeky stats and some final thoughts! 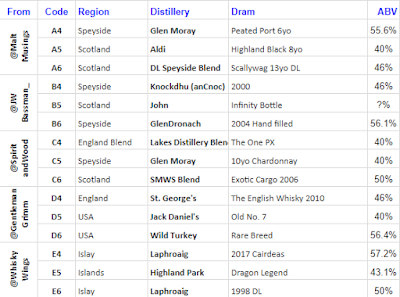 Strength wise all but 4 were over the standard 40% 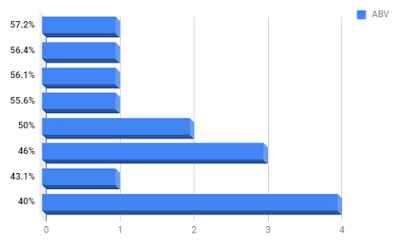 Like the first series, region wise we tested more from Speyside, although three were Scottish without a disclosed region. 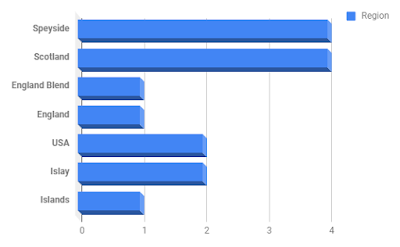 After the final session I asked the guys to vote for their top 3 for each of the three sessions, in each case first got 3pts, second got 2pts and third got 1pt. Only two of our drams didn't register a point.

It was pretty close but as you can see the winner was GlenDronach 2004 hand Filled followed closely by John's Infinity Bottle with honorable mentions going to Laphroaig 2017 Cairdeas and Highland Park Dragon Legend. None of us were keen on the bourbons! 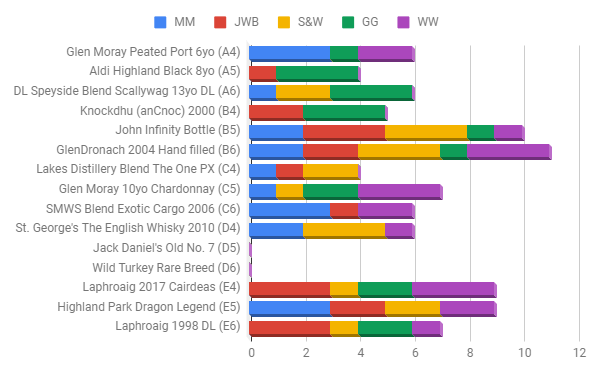 A number of surprising stats:


If you want to organise your own #BlindTasting, here's some hints!


Once again many many thanks to @jwbassman_, @SpiritAndWood, @GentlemanGrimm and @WhiskyWings for joining me for a fantastic second series and you for reading the blog!
By MaltMusings on January 11, 2018
Email ThisBlogThis!Share to TwitterShare to FacebookShare to Pinterest
Labels: #BlindTasting, Aldi, anCnoc, Douglas Laing, Glen Moray, GlenDronach, Highland Park, Jack Daniel's, Lakes Distillery, Laphroaig, SMWS, St. Georges, Wild Turkey
Newer Post Older Post Home